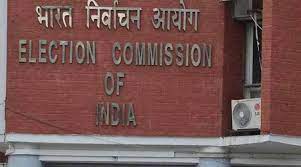 Ranchi/ Delhi: The Election Commission of India will now hear the matter related to Chief Minister Hemant Soren on August 8.

An order issued by the Election Commission of India suggests so.

The commission, while informing about the deferment of the hearing date, asked the chief minister to remain present on the scheduled date through his representative.

The matter reached before the election commission after the BJP leaders knocked the door of Raj Bhawan complaining against the misuse of official position by the chief minister and his brother Basant Soren in obtaining mining lease and the governor before taking the step of disqualification under the provisions of Representation of the People Act asked the election commission for its opinion in the matter.

Earlier, the commission had deferred hearing in the similar matter involving MLA Basant Soren till August 12. Basant’s case was scheduled to be heard today.