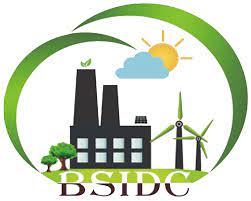 The Bihar State Industrial Development Corporation Limited (BSIDC) has issued a notice to more than 150 families in residential areas of two Bihar-owned factories in Ranchi for vacating their houses in the next 15 days.

The two factories Electric Equipment Factory (EEF) in Tatisilwai and High Tension Insulator Factory (HTIF) in Namkum, both in Ranchi, are still with BSIDC and are yet to be transferred to the Jharkhand government under the Bihar Reorganisation Act, 2000.

Both the factories have been inoperative since the 1990s. EEF, which was established to meet the needs of the Bihar State Electricity Board (BSEB), used to manufacture and repair high voltage transformers but had stopped getting orders from the board.

“BSIDC has paid all dues including salary and gratuity till 2008 to all the employees and they should have vacated the houses after that. But some of them are still living there illegally and we need to get it cleared. As for any claims the Jharkhand High Court will soon be giving its judgement. Besides, we assure them that all their rightful dues will be cleared instantly within 15-20 days once they move out of the area,” said the officer.

As for the Jharkhand Industrial Area Development Authority (JIADA), which owns the land of these two factories, the authority has not been informed about the notice by BSIDC.

After the closure of the factories and the delay in payment of dues, many employees were forced to stay back in the company quarters. The families faced tough times and some died due to a lack of proper medical treatment. Many have become daily wagers and fear they will have to live on the streets once they are thrown out of their houses.

As for the pending issues related to the bifurcation of assets and liabilities between Bihar and Jharkhand, which includes five units of BSIDC in Ranchi and Sindri, the officials informed that the states after many years of delay are finally near a resolution.

“Bihar Industries Secretary Sandeep Poundrik was in Ranchi around two months back,” said Jharkhand Industries Director JK Singh. The states will soon take up the matter at the Chief Secretary level and will work out a solution, officials informed.

The BSIDC-owned four factories in Ranchi cover an area of about 300 acres.